It is interesting to see these six different case styles are available simultaneously. This helps to make better sense of the case numbering in the Telavox Database. It also shows that the case styles were numbered rather than named. (at least as far as the wholesalers were concerned) 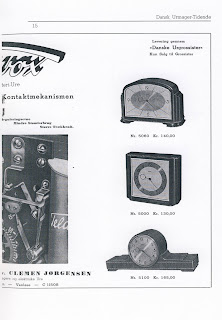 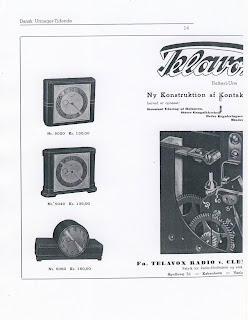 Once again the value of advertising to the researcher tells us more about a product than any other source. I believe the original papers of the Telavox company were destroyed in a fire at the premises of a small company which hoped to sell reproductions of Telavox loudspeakers long after Telavox had stopped trading.