I have been contacted by the owner of a remarkable Telavox device. The movement is a very early, non-striking, Telavox movement No.00304. This is the lowest movement serial number found to date!
The hands and early dial (without chapter ring) are typically Telavox as is the case. Even the Bakelite hand-setting knob on the back is clearly marked Telavox. Some images follow of the Telavox time switch clock from an article in the Danish “Clockmaker” of October 1944:  Apparently it used gold contacts and switched heavier currents via a relay. It used the non-striking 3Volt movement.  Telavox refer to this device as a switch clock. Literally: Kontaktur. 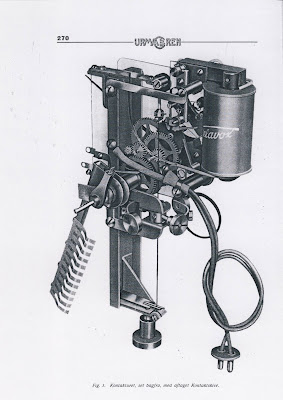 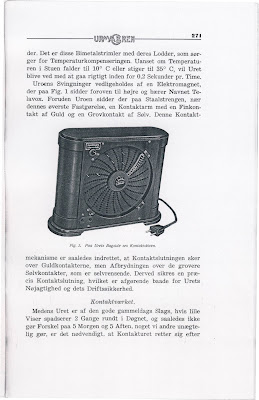 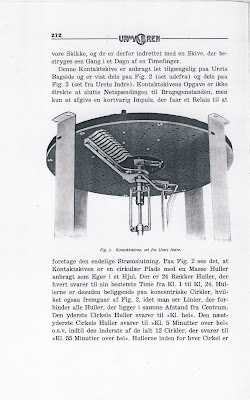 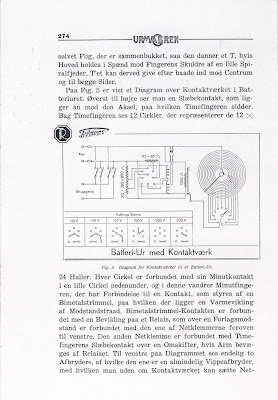 A later chapter shows two more time switch clocks.
Click on any image for an enlargement.
*